Is very nice but very dusty, I think we will need a rug doctor to clean out all the dirt that has been ingrained into the carpet. But other then that its nice.

Currently the past week I had been taking a cold shower. The gas man came yesterday and turned on the gas for us. So our water was warm, but I think our water heater isn’t that great because it was just above warm, and when you take a shower, the water is lukewarm. Its warm, but not warm enough. It gives me this weird feeling of being cold and warm at the same time as I take the shower.

Good thing I didn’t get Locasio this year. My friend was telling me about how he was continuing on with his weird hints. For fluids, locasio’s hint was “Statue of Liberty”, and that was suppose to be a reference to the “right hand rule”.

Finally, I think I’m going to go into the mechatronics concentration. After taking 2 days of design, that class looks really interesting, and the instructor said that everything is now mechanized so it would be good to know some mechatronics. That was enough to convince me. Also, right now for my lab we have to come up with a problem that we can work on to design. Currently, my partner and I are just going to hope some idea comes up. Then next week we have our teacher see if its been patented, or done before. Then we will get a chance to draw it out, and build a rapid prototype of it, and then show it to the class. I think if my partner and I build something really good, we will patent it and work on it more.

The most interesting thing today was my lab for design. My class is intro to design, and when we walked into the lab, there was an instructor there who wasn’t listed on my class. So he starts talking to us about how he worked with nascar and how design is important, and then asks us if we know what project we are doing. Nobody in the class knows what he is talking about. I think around 5 minutes later, our real lab instructor comes in. Then the instructor that was talking asked what class this was, and he had gone to the wrong lab. He was teaching 428, while this was the 328 class.

What I don’t like are the flies. I was laying on dexter lawn with several other ME’s and there were flies flying around and landing. I think the flies would fight with each other, because 3 of them would fly and wrestle around and hit my hair. Then the would fly near my mouth. But I wouldn’t really feel them at all, except when they hit my hair or went near my eyes or lips.

answering my own questions 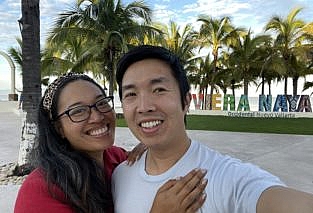